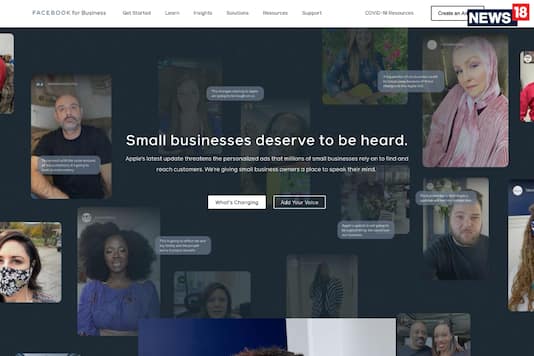 Social Media consultant Matt Navarra was the first to notice the seemingly unverified Apple’s official Facebook account. He shared this information on his official Twitter account. However, after updating with Facebook, he posted that the official Apple page was never verified in the first place.

The main reason for this muddle is Facebook and Apple’s public spat over Apple’s new security policies. In June, Apple announced iOS 14 updates that, among other changes, it would require apps to request users for permission to collect and share data with developers, and Facebook was not happy with it. The social media giant had claimed that the new iOS update would “limit businesses’ ability to run personalized ads and reach their customers effectively”. To which Apple responded that they do not wish companies like Facebook to change their ad targeting practices, it only wants users to be aware of data tracking and take consent from them.

However, this is not the first time Facebook had its name meddled with privacy concerned issues, in October Facebook was sued over the Cambridge Analytical data scandal where they were accused of using  Facebook data of 87 million people for advertising during elections.

This dispute has led to limitations of the opportunities Facebook had before with their freedom to access users’ data. It seems while Facebook was continuing to “move fast and break things” as their motto inspired them to, Apple has decided to “think different” according to their motto as a response.